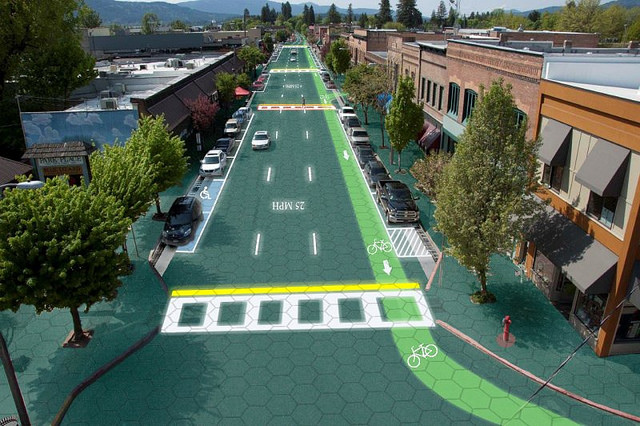 Photovoltaic cells are used to transform normal sunlight into usable electric power. They have been around for years, but are rapidly growing in usage and applications throughout the industry of alternative energy production. Solar Roadways wants to use specially designed photovoltaic cells in solar panels to pave highways and parking lots. By installing special solar panels on highways and interstate systems throughout the country, the company could essentially use free space to produce valuable, usable renewable energy.

While this seems like a great idea, the big question is whether or not the payoffs could make up for the expenses of installation and upkeep.

Solar Roadways is a tech startup that was started and run through crowd sourcing by a husband and wife team.